The Unbearable Weight of Creativity 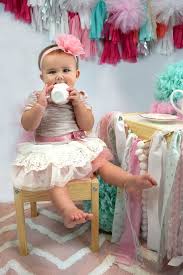 In the musical Les Miserables about the French Revolution there is a scene where the young soldier Marius is left sitting at an empty table with empty chairs where his friends used to sit.

He sings, ‘there’s a grief that can’t be spoken, there’s a pain goes on and on, empty chairs and empty tables where my friends are dead and gone.’

We were all children once with dreams that sat at tables with us.

We talked and played with them, poured tea for them and believed them, why wouldn’t we.

‘Here they talked of revolution, here it was they lit the flame, here they sang about tomorrow but tomorrow never came.’

My friends were the dreams, ideas, imagination and flames that guided me into my tomorrow.

This article is a reflection of a life lived with and without creativity and the unbearable weight of creativity.

It is also for those of you that have had brilliant inventions, business ideas and dreams that were there and then vanished in the blink of an eye.

I’ve been trying to understand how to support my creative friends that sit at my table with me.

I’ve been learning to support the many creative surges that arrive in me and not throw them off like a deer in the wild shaking off an attack.

So that I can feel the satisfaction of my creative work and not the failure and losses that I have experienced.

As well as to support the friends that have made their way into my world.

These beautiful ideas arrived in me without me knowing how to support them.  I have grieved each idea like it were a lost child.

Ideas, music, songs, workshops, adventures and dreams fell by the wayside screaming at me as they slowly faded away out of my reach.

Their screams developed a fear of the rising creative tides in me.
These rising tides felt like Tsunamis.

Over the years my side hustle has been to build an inner support system brick by brick in the mortar of my body to hold this creativity.

I have waded through the judgements and shaming in me that said, ‘you better get going or else’, or ‘work harder,’ and one particular torture, ‘time is running out!’

Marius sings, ‘In the table in the corner they could see a world reborn, and they rose with voices ringing and I can hear them now the very words that they had sung!’

Echos from my visions and dreams that rose with my voice singing, and then fell on the battlefield having no support to hold them.

This unbearable weight of creativity.

I’ve learned to slow down my nervous system enough to be able to hold this energy and stand still inside of each creative idea without it knocking me down to the ground.

Now I can hold the weight of it.

With rooted feet and supportive legs, hips, belly, heart and voice I am recalibrated to hold and support this weight of creativity that has felt unbearable.

To sing beautifully requires a body that can hold the weight of a voice. This is what makes the study of singing the best teacher of support that I know of.

I have built a supportive body that holds and cradles my creative ideas like a good parent might.

It says ‘wait your turn’ and ‘don’t push,’ and ‘that is such a great idea, let’s sort out the steps.’

I have learned to build the discernment and love for each idea as it enters my purview and not to not react in panic as this surge of imagination lands on me with its weight.

The weight of it reminding me of other weights that landed on me at other times.

Knowing how to respond.

My beautiful ideas have fallen through the cracks and through my hands so many times that I believed that I would never be able to hold them and nurture them into existence.

I had to learn to grow up around each idea enough for it to trickle into me gently and not roughhouse me as it arrived.

Singing and the study of singing has taught me this.

I have also witnessed this torture in my students over the years.  An agony in them at this inner pressure and confusion that holds them hostage to their dreams and stifles their voice.

The powerful energy of creativity and expression arises in them and the only seeming option is to push it down and step on it because of the lack of support that person had in their upbringing.

Unsupported creative genius can make a mess inside of a persons body as the powerful repressed energy of life gets caught and trapped inside.

Aches and pains move around like phantom limbs and illness and disease grow up into adulthood, instead of the beautiful works of art that are waiting for them at chairs and tables.

I help people to find their voice whether it be through singing or communication. Creative energy is the essence and backbone of the voice and needs support for it to align and flow inside of us.

Inside of a body that knows how to slow down and allow for this creative, flowing power to recognize itself, again.

Recognize the difference between rising creative life force and overwhelm and fear of this life force.

The old paradigm of the patriarchy, one hopes is on its last legs, puts as its bench mark of success – Struggle, Punishment, Pushing and Suffering.

We need a new paradigm and I have been building one.

They say a creative life is courageous.

They say it can make some go mad.

We all have this energy in us.

Some have a harder time with it than others.

It has been my struggle and my greatest teaching.

It has helped me to give birth to my Voice Connections work and to give life to a whole other creative expression that I would have never expected had I not had Empty Chairs at Empty Tables.

“Oh my friends my friends forgive me, that I live and you are gone, there’s a grief that can’t be spoken there’s a pain goes on and on.”

May we all pull up a chair at a table and not be afraid of who sits down.

No comments to show.